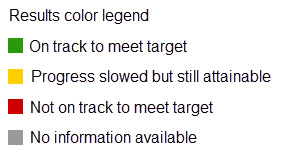 Note: This metric is reported one quarter in arrears since the data takes 8 weeks to be reported by a third party agency; current performance is based on the prior quarter's results.  The structure of this metric does not lend itself to display a target line.  The target for any quarter is that the # of Exits is greater than the # of Entries, which is visible on the chart.

Why Is This Important?

This is important because the data helps us understand who is experiencing homelessness and to deliver efficient services from our response system. It helps us understand unique categories of people in the system, know who is eligible for existing resources, and find opportunities for targeted services to fill gaps.

Medium – The City Organization has a medium impact on the performance of this metric due to the amount of resources committed to homelessness initiatives in general, and the Housing First Initiative specifically.

No applicable benchmarks—data and dashboard specific to Fort Collins, although we may set our own benchmarks in the future.
Return to fcgov.com